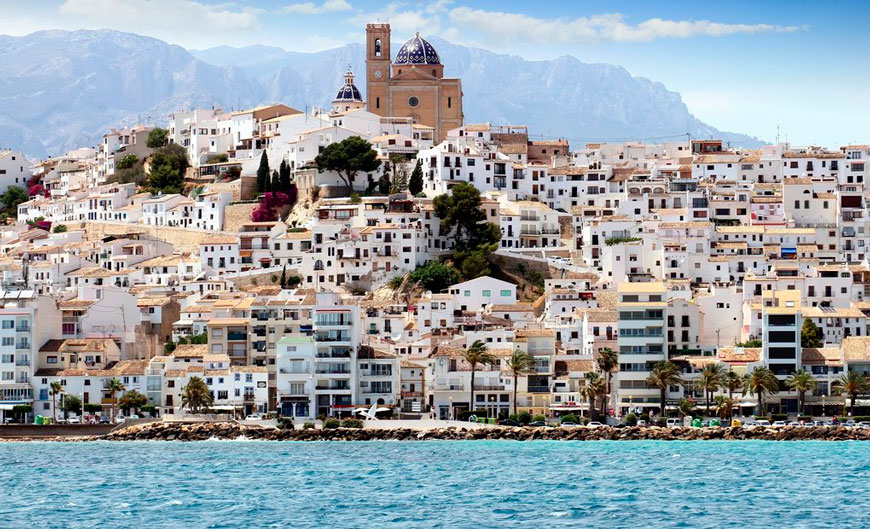 The Costa Blanca is a tourist reference for holidays in Spain. It is located on the Mediterranean Sea, 250km of marine coast full of coves, beaches, restaurants, natural landscapes, cliffs, lakes and rivers. Costa Blanca is the municipalities that go from Denia to Pilar de la Horadada.

Tourism on the Costa Blanca is a quality tourism, due to the big number of sites of interest and the beauty of our towns on the Levante coast of Alicante. We have a privileged climate, with an annual average of 18ºC, 6 days a week of sunshine throughout the year.

Why is it called Costa Blanca?

There are a few legends about the origin of the name of this coast;

What towns are there on the white coast?

With an excellent Mediterranean gastronomy and fishing tradition in all the towns and villages of Alicante and surroundings, the towns of Costa Blanca are (from north to south): 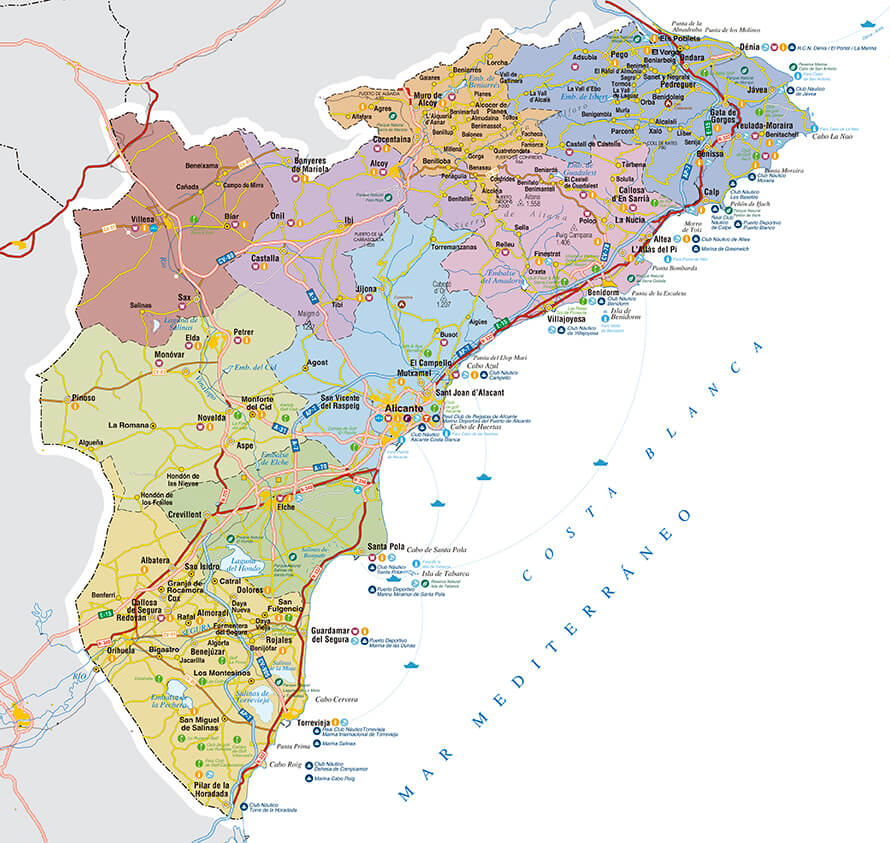 What to see in the Costa Blanca?

In the Costa Blanca towns you can find the most beautiful historical centers of the country, from the Santa Cruz district of Alicante, to Altea la Vella, passing through a hundred castles, such as Santa Bárbara in Alicante or the castles route in Vinalopó.
At Costa Blanca we come from a historic tradition of fishing villages with a wide gastronomic offer, being also specialists in rice. Here you will find thousands of routes with spectacular landscapes between sea and mountains, festivities, historical sites such as the Santuario del Tossal, the most emblematic peaks such as the Sierra de Aitana or the Puig Campana, small landscapes such as El Canyon del Mascarat, Fuentes del Algar or the route to the lighthouse in Albir.

Here you have a list of some interesting sites to visit:

To name one more municipality, it is worth mentioning Benidorm, nº1 of tourism on the Costa Blanca and the Valencian Community, it doesn’t need any presentations, but here we leave you an article from the city in case you had planned to visit this beautiful and interesting city.

How to arrive to the Costa Blanca?

Any cookies that may not be particularly necessary for the website to function and is used specifically to collect user personal data via analytics, ads, other embedded contents are termed as non-necessary cookies. It is mandatory to procure user consent prior to running these cookies on your website.